Light of the Guide Series - "Aggadeta and its Interpretation - Part I" 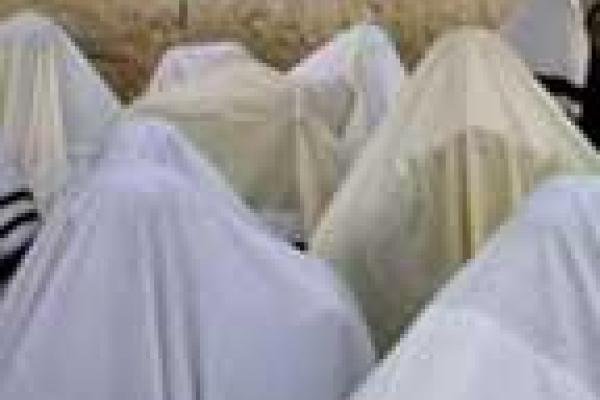 One of the most mysterious sections of the Talmud is the story of the dispute between Rabbi Eliezer HaGadol and the rest of the sages of his generation over the issue of the "Oven of Akhnai" (Bava Metzia 59b). There the sages are divided over the status of a clay oven that had become ritually impure, was cut into sections, and then was re-assembled with sand between each tile. Does such a maneuver remove the impure status of the oven or does it remain impure?

Many explanations have been given for this this mysterious event, and many have used it to show the status and power of the halakhah and that it has been uniquely placed into the hands of the sages. There have been those who have desired to learn from this event that it is not necessary that the decision of the sages match truth and reality. However, despite the fact that there are places from which it appears that such a gap between halakhah and reality can occur, what is being discussed here are not issues that result from the sages ignoring reality, but rather the gap that arises between the limitations of the individual and the nature of the legal system; a system that needs to be uniform and consistent for all and is unable to conform itself to each individual situation (Guide to the Perplexed III:34).

Someone who is trained in the learning style of the Rambam recognizes at first glance that it is difficult to learn from a section of the Talmud like this one before identifying what it is implying, since it is clear that these events did not take place according to the plain meaning of the words as they are written. In the world with which we are familiar there is not a single rabbinic scholar that moves trees, changes the direction of flowing water, causes walls to fall or stands them up again, and there is also not a scholar who causes voices in support of his halakhic position to come out of heaven. In addition to this, even the plain meaning of the story has implications that need to be properly understood, such as: Why does Rabbi Eliezer continue to bring miraculous proofs for his position despite the fact that his colleagues are not impressed by them?

The Gemara also mentions a detail that appears to have importance; that the tree was specifically a carob tree. Doesn't it seem that any tree that is moved would be equally impressive regardless of the type? However, from other well-known aggadot in which the carob tree is also mentioned it is possible to explain the meaning of its reference here. In incidents related regarding Rabbi Hanina ben Dosa (Berakhot 17b; Taanit 24b) and Rabbi Shimon bar Yohai (Shabbat 33b) the carob tree appears as a food specifically for those people who are satiated with little. From these incidents we can learn that Rabbi Eliezer here is pointing to an important character trait that led to his greatness in Torah. It is said that there was no one who learned like him from the standpoint of one who satiated himself with little and distanced himself from the pleasures of the world in order to dedicate himself to the Torah (Pirkei D'Rabbi Eliezer I). This character trait surely put his learning on a more exalted level and because of it he expected to be recognized for the superiority of his halakhic reasoning because it was presumably more pure and exact than that of his colleagues. His colleagues answered him that if he could not convince them in a practical manner through reasoning alone, such a consideration of character traits - despite their great importance - is not able to change their ruling because they understood the matter differently than him and they are obligated to rule according to their understanding.

The second proof of Rabbi Eliezer from the water deals with a very well-known symbolism. In the Gemara and midrashim, water usually symbolizes the Torah or the character trait of humility since water always flows downward and seeks the lowest place. Rabbi Eliezer also possessed this character trait in that he was very careful to only to relate halakhic opinions that he heard from his teachers and not his own personal interpretations (Sukkah 27b). Rabbi Eliezer expected his colleagues therefore to share in his halakhic conclusion and thus in his erudition, but here also they did not accept his position.

The third argument that arose dealt with the walls of the house of study. There was not a scholar who sat within these walls that had the diligence that Rabbi Eliezer had. The Gemara says that there was no one who arrived before him to the house of study and no one who left after him, and for all the hours that he was there he did not nod off (Sukkah 28a). Who is able to contend with this level of diligence? Yet his colleagues maintained that this was not a substantive claim such that it would change their halakhic conclusion since judges are obligated to rule only in accordance with their own personal understanding of the halakhah and it is even forbidden for them to be influenced in this regard by the gadol ha-dor (the leading sage of the generation). There is an explicit directive regarding this (see Hilkhot Sanhedrin 10:1) and in cases involving a potential death penalty, due to the concern that the judges may be influenced to follow the opinions of the greater sages among them, they begin by hearing the opinions of the lesser judges first (10:6).

So, we have clarified up to this point only the first three proofs mentioned in this incident and we shall leave the meaning of the "heavenly voice" for another time. However, we can already see that according to the actual meaning of this section of the Talmud what is being discussed is not the doing of miracles by Rabbi Eliezer and we can also clearly see that he did not prove what was true by his proofs. Rather, his comments were immaterial and not relevant to the situation itself over which the sages were divided. Therefore, any attempt to learn from here about the determination of halakhah in contradiction to reality is incorrect and other sources must be sought to support such an idea.